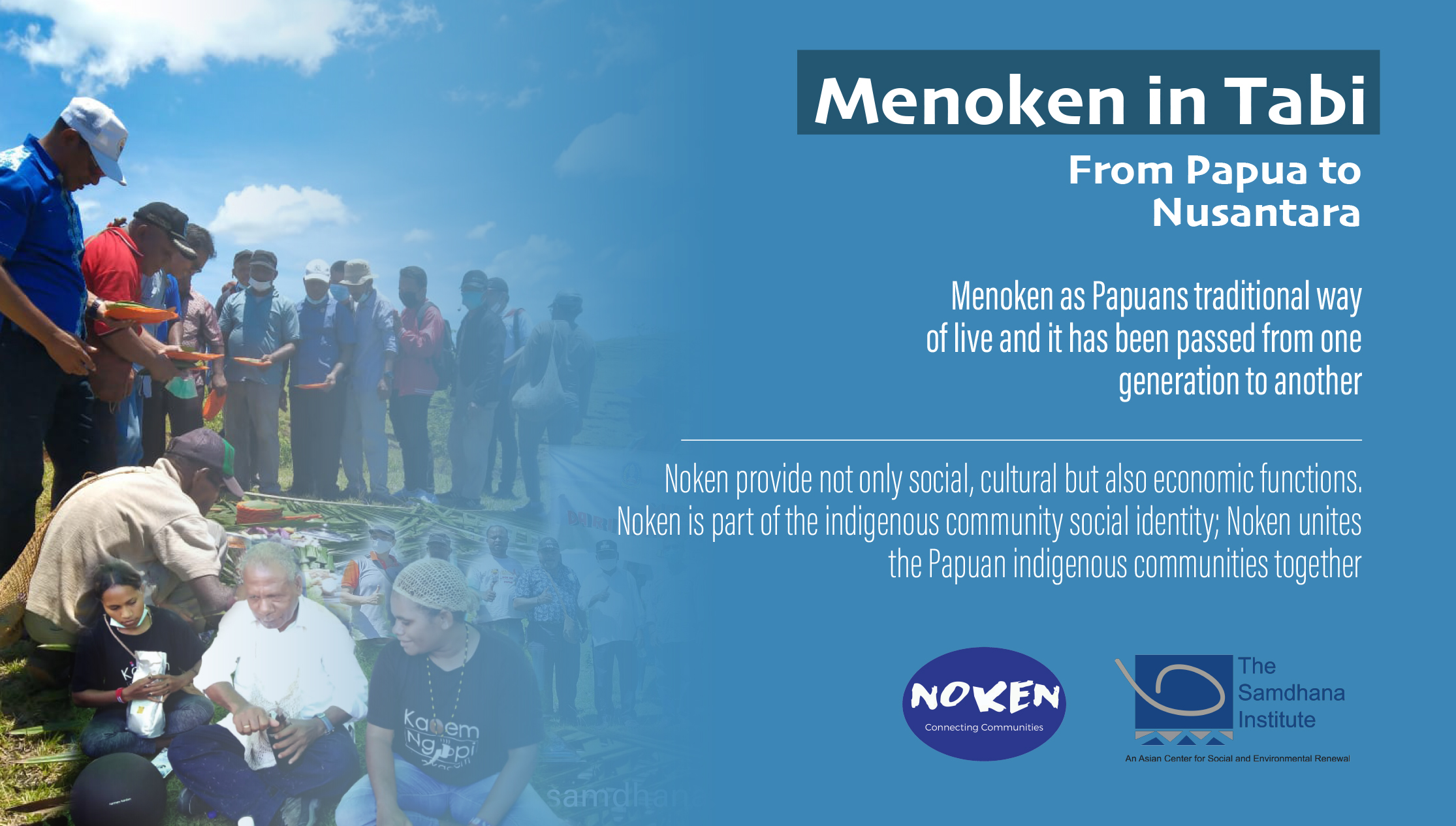 (A Bahasa Indonesia version of this writing is published in Cendrawasih Post, 18 March 2021, by Mathius Awoitauw, Bupati of Jayapura)

Since around a decade ago Jogjaners like to proclaim “from Jogja for Indonesia”. This gift from Jogja is the inspiration and spirit of tolerance in diversity. Jogjaners, myself included, claim that we are tolerant, that we respect and cherish differences in culture, race, religion.

The slogan can be traced back to the history of contribution from Jogja, her kingdom and people, to Indonesia’s struggle and national movement for independence (Kurniawan, Widijanto, and Khoiri, 2013 in Kompas.com). The City of Jogja declared itself “City of Tolerance” in 2003. A writing by Susabun in Kumparan.com stated that “from Jogja we believe that we can build Indonesia that is tolerant to pluralism of identity.”

That’s a decade ago.

Now is the time for Papuans to proclaim:

“from Papua for Nusantara”

Some people might wonder what gift from Papua could it be. Some might even ask if “an important inspiration and spirit from Papua for Indonesia” is at all possible. This is knowing that there is the stigma of Papua: underdeveloped, poverty, conflict and violence. As a matter of fact, the history of unification and treatment of Papua is different from any other region in Indonesia. It’s a history of conquest of nature and of indigenous peoples.

Therefore, it is in a way understandable that many people have a big doubt that there is an important gift of inspiration from Papua.

But there is, and now is the time for it. Noken is the gift from Papua for Nusantara.

This is a gift of utmost importance, most precious, and relevant to the challenges of this era throughout nusantara.

For Indonesia, for the whole world, this gift will be more valuable and needed than those usual stuffs from Papua that we can quantify and put valuation of. This noken is more valuable than copper and gold of Jayawijaya mountains, the last frontier forests with all their wealth and climate function, more than the rice and other production potentials of food estate projects (if they get developed and if they are successful. A big if).

The gift is being offered in this era of covid 19 and future pandemic, in this social-cultural- political-economic crisis, in climate change facing Indonesia and the globe. This is an era where collective and in unison action is needed, where cooperation among communities and nations is critical. One community or one country can not beat the pandemic nor stop global warming on its own, by domineering other community or country on resources and power, by starving others of vaccines or oxygen. This era of racism, fascism, authoritarianism, violence,and discrimination on race, color, religion, and differences in ability, and colonizing of resources need to stop.

For this era, for Indonesia and for the world, please welcome the gift from Papua: noken and its philosophy.

As a handcrafted product, Noken takes the form of woven bag made out of plant fibres, tree bark or leaves.Woman and man use it to carry various goods and stuffs, including the many kinds of tubers, pets and animals, firewood, even children. Noken is used to shop and to keep stuffs at home.

But noken is not just that multifunctional woven bag, it’s also a philosophy. The Philosophy of Noken is the love of womb. The womb noken is about compassion and solidarity, flexibility and resilience, usefulness, transparency and honesty. The womb’s form, shape, and philosophy of Noken gives love and care, sustains and nourishes. Noken is weaving and nurturing life itself.

It’s the values of life of the Philosophy of Noken that is the gift from Papua. Now is the time for Indonesia and the world to open hearts and embrace this most precious gift, more specifically from the wisdom and philosophy of noken of the indigenous peoples of Papua. Now is the right moment as the indigenous peoples are celebrating the Day of Awakening of the Indigenous Peoples of the Archipelago, 17 March 2021.

The Philosophy of Noken is what is dearly needed by Indonesia, and the whole world, in the multi-crisis of pandemic, discordance, and climate change. It’s pressingly needed to put the values of womb love, nurturing life, as a basis in policies, actions, and behaviour of governments, communities and individuals.

Thereupon, like Jogja many years ago called for tolerance in diversity, Papua today is calling for the sisters and brothers throughout the archipelago, Nusantara, to embrace and be part of Noken, the movement. So that in its flexibility may come resilience, in open heart and arms may we learn from each other and weave solidarity, connect people to people, communities to communities, and nurture life.

Thu Apr 1 , 2021
Story by A. Ruwidrijarto Yes. The preceding question is: Are you happy?The answer is also Yes. End of Story. Hmmm…Not yet. By now you might have noticed that right from the start, Noken The First Time, way way back, craziness is always a very big part of Noken. Crazy people, […] 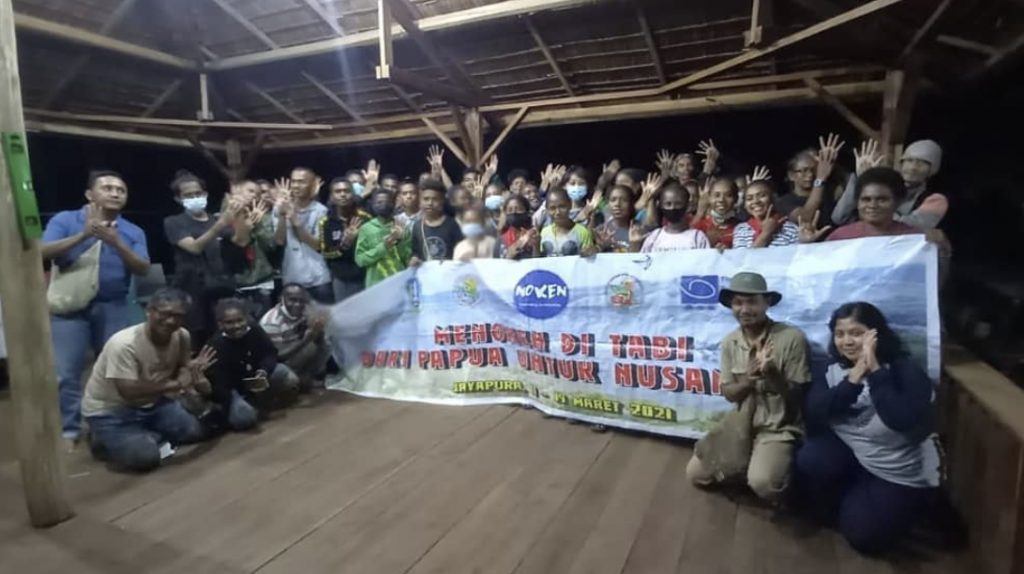