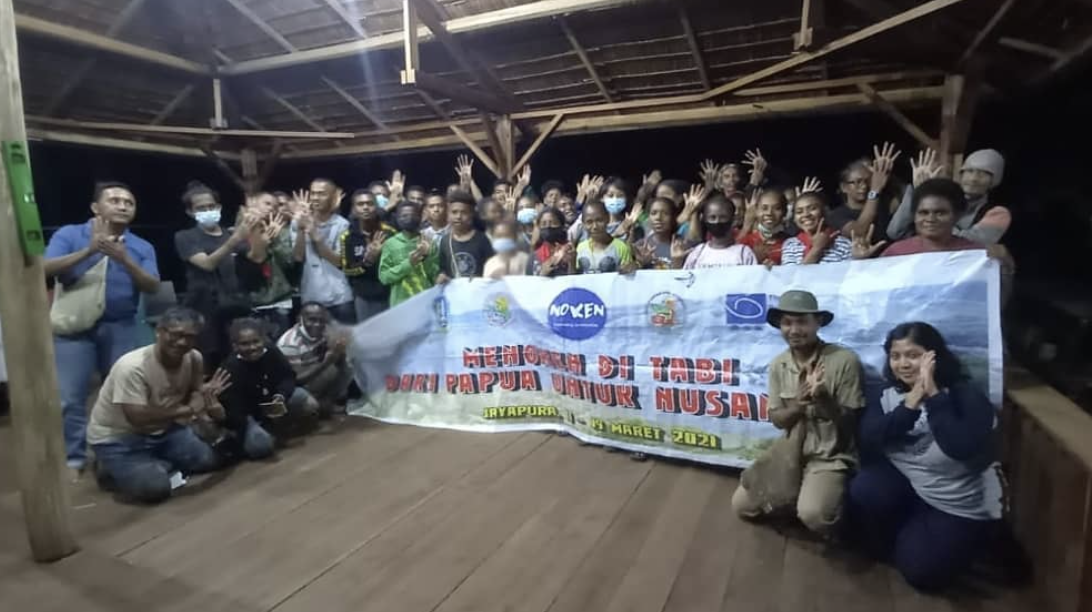 The preceding question is: Are you happy?
The answer is also Yes.

By now you might have noticed that right from the start, Noken The First Time, way way back, craziness is always a very big part of Noken. Crazy people, crazy group of youth, crazy ideas.

What if not crazy can we say of the following samples of people/group/community who believes that they can:

Like a true Sentanian, I’d say: Sippp ya.. Sippp ya… because as I have mentioned at the start, a lot of craziness makes me happy.*

So, it’s not a surprise when on the launching of Menoken di Tabi, at the top of the hill of Yotoro, 11 March 2021, in the noken circle that morning, Andre shouted out, “Are you happy? Are you crazy?”

We all shouted back YES for the first question. On the second question though, some were not sure what the answer should be. Many said yes, some said no. Understandable. Out of ahundred or so at that launching, with the Bupati of Jayapura, heads of district, chiefs of kampong, staffs of the regency government, police officers and military personnels, there must have been some normal persons.***

But all nokenners, starting from the bupati himself, stated YES we are crazy.

I don’t have the pictures of all these crazy people, therefore the following is just an attempt to share with you some of their stories, in no particular order:

In his remark in the launching, he said, “Only crazy people gather here. To noken is to get all these crazy people out and connect them, that is the way we can make progress.”

He is by far and away crazy because he climbed all the way up to all three tops of Yotoro Hill, under the scorching sun. Others had no option but to follow the lead.

Becoming a nokenner, Bupati Mathius launched Menoken di Tabi, requested that the last day of noken be in his kampong, Yokiwa, provided bus and speedboats, lunch- dinner-breakfast and many things in between, and allowed camping at the newly planted grass lawn of his private residence in Puay, Yokiwa (the staff in charge of the lawn is very serious about his responsibility and told us not to use the tent pegs.**** We didn’t).

***There were also Ondoafis, indigenous leaders. I think they’re actually crazy and must have said yes.
****A tent peg (or tent stake) is a spike, usually with a hook or hole on the top end, typically made from wood, metal, plastic, or composite material, pushed or driven into the ground for holding a tent to the ground, either directly by attaching to the tent’s material, or by connecting to ropes attached to the tent (from Wikipedia).

I learned a lot from this crazy woman:

On number one: no more explanation is needed. Even The Beatles agreed, saying “All You Need Is Love” and Blackpink too, saying “I kick it how I wanna kick it when I wanna kick, no you can’t tell me not to kick it cause I’m gonna kick.”

That’s how Hanny Felle’s been doing, kicking it. Started as a Sunday school teacher, she soon realized how bad the literacy was among the young generation in her communities. So, she turned her house in Yoboi, Sentani as the Home of Literacy for 85 children in the kampong. That was 2011.

For the next 6 years she had to fend off so many people, including government certified teachers, village authority, parents, who constantly asked: who do you think you are? What is your qualification doing all these? What is your personal interest and gain spending so much time and your own money?

Her answer is number 2 above. She continues kicking it through the Three Stones of the stove:
indigenous leadership, religious heads, government authority in the kampongs. Now, 2021, Hanny
Felle has grown Home of Literacy far and wide. It is now up and running in at least 21 kampongs in 5 districts in Jayapura. More is in line, Hanny has been busy responding to requests from kampongs all over Papua.

I got so much kick out of this noken that I want to share the story right away. So here it is. But I promise I will write about more crazy people of Menoken di Tabi. So, hang in there…. 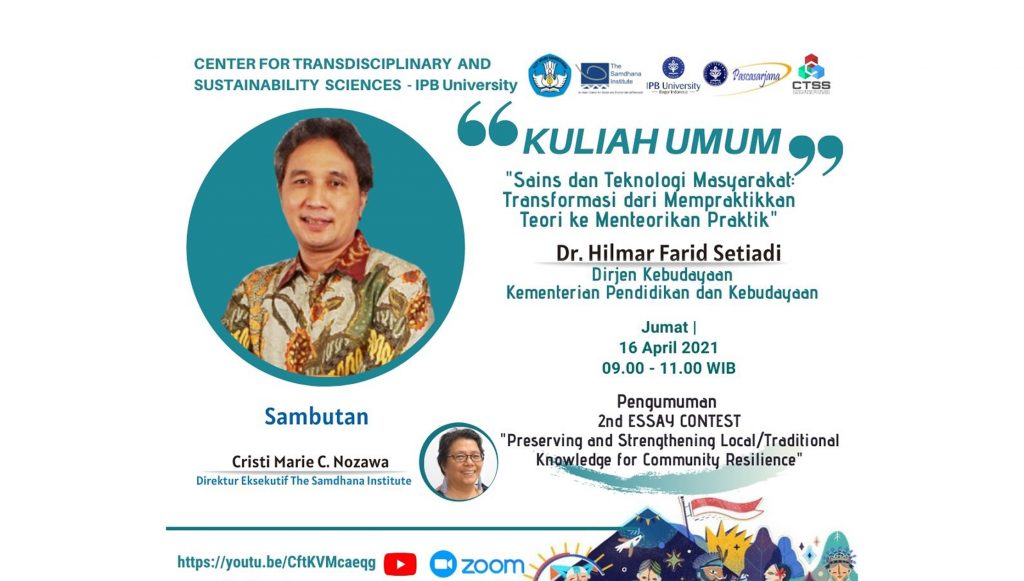